As blockchain continues to expand and become more user-friendly, we need to educate ourselves on this emerging technology in order to prepare for the future. If you’re new to blockchain, this article is the best place to obtain a basic core understanding. It guides you on the question, “What is blockchain technology?” You will also discover how blockchain works, and why blockchain is important.

What Is Blockchain Technology?

Through the utilization of a decentralized network and cryptographic hashing, blockchain, also known as distributed ledger technology (DLT), renders the history of any digital asset immutable and transparent. A simple connection may be drawn between the operation of blockchain technology and Google Docs. When you create a Google Doc and share it with others, the document is disseminated rather than copied or transferred.

This generates a decentralized distribution network that provides everyone with simultaneous access to the basic document. No one is locked out while awaiting changes from another party, and all changes to the document are logged in real-time, making all revisions totally transparent. In contrast to Google Docs, original material and data on the blockchain cannot be updated after they have been written, enhancing its level of security.

Obviously, blockchain is more complex than a Google Doc, but the comparison is apt because it exemplifies key concepts of the technology. Blockchain derives its moniker from the manner in which it maintains transaction data: in blocks connected to form a chain. As the number of transactions increases, the blockchain also expands. Blocks record and confirm the timing and order of transactions, which are then registered on the blockchain, inside a network defined by rules agreed upon by its participants.

Why Is Blockchain Important?

Blockchain is an exceptionally revolutionary and promising technology since it reduces security risks, eliminates fraud, and brings scalable transparency. Since its association with cryptocurrencies and non-fiat currencies, blockchain technology has expanded into a management solution for all worldwide industries. Today, blockchain technology is enabling transparency for the food supply chain, safeguarding healthcare data, reinventing the gaming industry, and radically altering how we handle data and ownership on a broad scale.

Blockchain’s principal benefit is as a database for recording transactions, but its benefits extend far beyond those of traditional databases. It eliminates the risk of tampering with a malicious actor and provides numerous business benefits. Blockchain, for example, reduces transaction times from days to minutes. Due to the absence of central authority verification, transaction settlement is more expedient. In addition, transactions require less scrutiny.

How Does Blockchain Technology Work?

In recent times, you may have observed a rise in the number of organizations incorporating Blockchain technology. But exactly how does Blockchain technology work? Is this a substantial alteration or a little addition? Blockchain innovations are still in their infancy and have the capacity to be transformative in the future; therefore, let’s explore this technology. Blockchain is a mix of three prominent technologies, namely cryptographic keys, a peer-to-peer network with a shared ledger, and a computational method, to store the network’s transactions and records.

There are two types of cryptographic keys: private and public. These keys facilitate the successful completion of transactions between two parties. Each person possesses these two keys, which are used to generate a secure digital identity reference. The most essential component of Blockchain technology is its ability to ensure identity security. This identity is referred to as a “digital signature” in the realm of cryptocurrencies and is used to authorize and control transactions.

The digital signature is combined with the peer-to-peer network; a significant number of authorities utilize the digital signature, among other things, to reach a consensus on transactions. When they approve a transaction, it is mathematically verified, resulting in a successful, secure exchange between the two network-connected parties. To conclude, Blockchain users utilize cryptography keys to conduct a variety of digital exchanges through the peer-to-peer network.

Investments in blockchain technology and equities can be rewarding, and there are a number of methods to take the next step and make your first blockchain investment buy. Bitcoin is generally the first that comes to mind when discussing blockchain technology investments, and it should not be disregarded. In addition to Bitcoin, investors can buy cryptocurrency penny stocks such as altcoins and stablecoins. 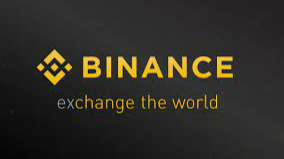 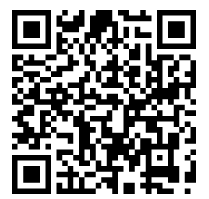